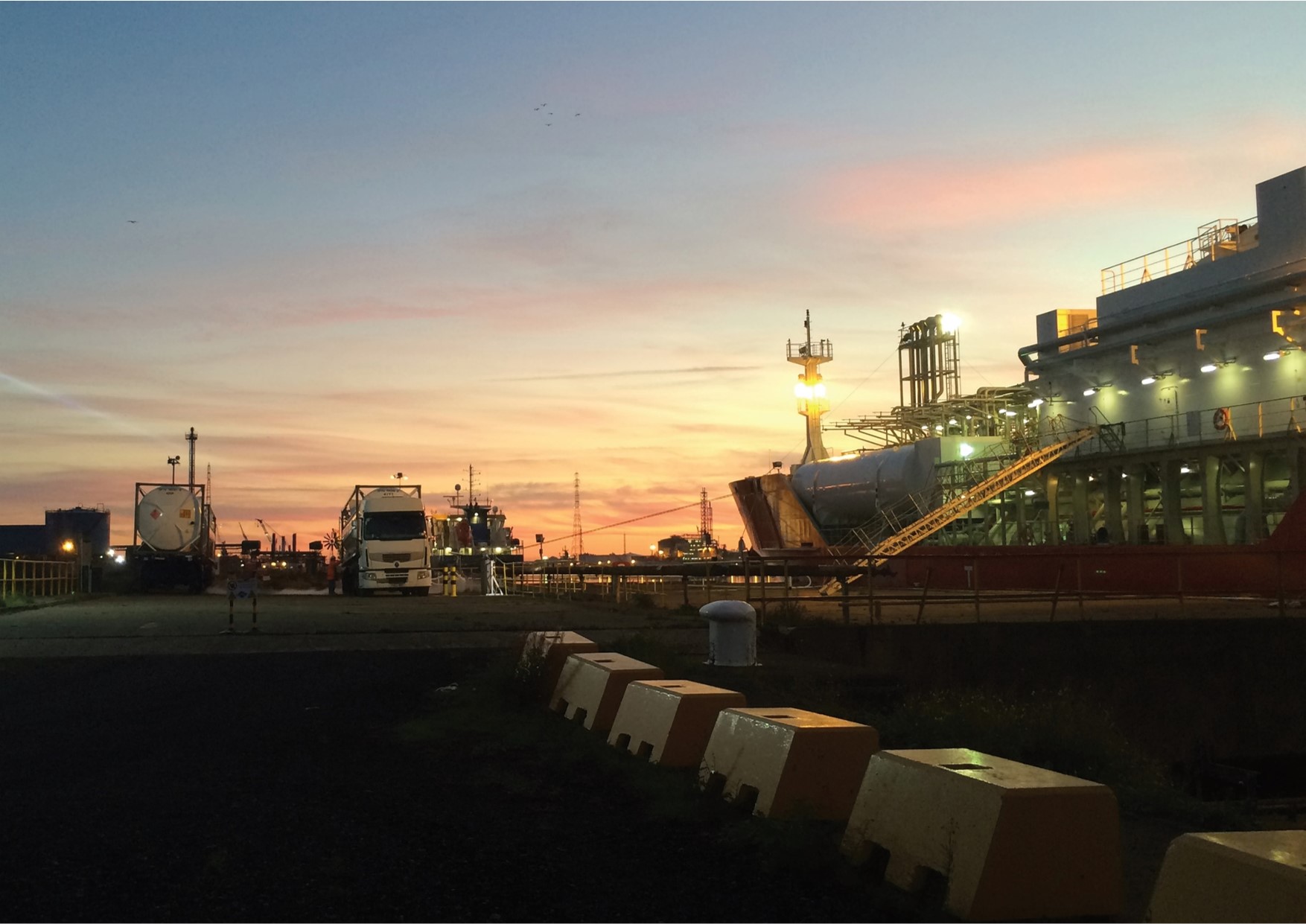 Unitrove will showcase its groundbreaking liquid hydrogen technology at the UN COP26 conference, which is currently scheduled to be held in Glasgow from the beginning of November 2021.

Liquid hydrogen — or LH₂ — is stored at the cryogenic temperatures of −253 °C (−423 °F) and has been used for decades as the propulsion fuel of choice for launching rockets and satellites into space. It is only now being seriously explored for commercial heavy-duty mobility applications.

International shipping accounts for around one billion tonnes of global carbon dioxide (CO₂) emissions and contributes to around 400,000 premature deaths and 14 million cases of childhood asthma every year due to fine particulate matter (PM2.5), sulphur oxides (SOₓ), and nitrogen oxides (NOₓ) that arise from ship smokestacks, according to US research.

Having already successfully delivered the UK’s first liquefied natural gas bunkering facility at Teesport in May 2015, Steven Lua, CEO of Unitrove, said his ambition was to enable clean, affordable, reliable, and sustainable fuelling options for ships at every port in the world – and he believes liquid hydrogen will play a vital role, especially for larger sea vessels.

“The global maritime sector is one of the most polluting in the world. It’s estimated that just a handful of the worst-polluting mega ships on our oceans today produce more pollution than all the world’s cars put together. That’s a staggering statistic, and one we simply cannot ignore if we stand any chance of achieving the net zero target set by the Government,” said Mr Lua.

“It’s easy for people to forget about the issues that the sector brings because it’s not in the public eye and it requires international collaboration to solve. When the IMO 2020 regulations came into force, most ship operators did the bare minimum necessary.”

Mr Lua said liquid hydrogen as a commercial fuel was relatively unexplored as an option – but that it had great potential for many uses, including plugging the gap where electric and compressed hydrogen cannot reach.

“Liquid hydrogen has long been used to safely and successfully send rockets into space. The technology is mature, but the markets for its use are not.

“We already see very early signs of light-duty vessels being battery-driven or powered by compressed gaseous hydrogen, but liquid hydrogen will allow us to serve the heavier portion of the shipping fleet where we hope to have a much larger impact.

“We are also exploring options including ammonia, liquid organic hydrogen carriers, and solid hydrogen in the form of sodium borohydride. However, we understand that priority is currently being given to the development of international standards and regulations for pure hydrogen, and this could play a significant factor in the long run.

“We believe that hydrogen will be recognised as a global commodity that will be traded in the same way that natural gas is today. The bunker fuel market is worth an estimated $120bn, so there is a huge opportunity not only in environmental and social terms, but also financially.”

Mr Lua added: “The average lifespan of a large ship is anywhere between 20 to 40 years, meaning any ship procured today could potentially still be operating well beyond 2050. And there’s currently no drive for clean-fuel ships because there’s no clean-fuel bunkering infrastructure – it’s practically non-existent.